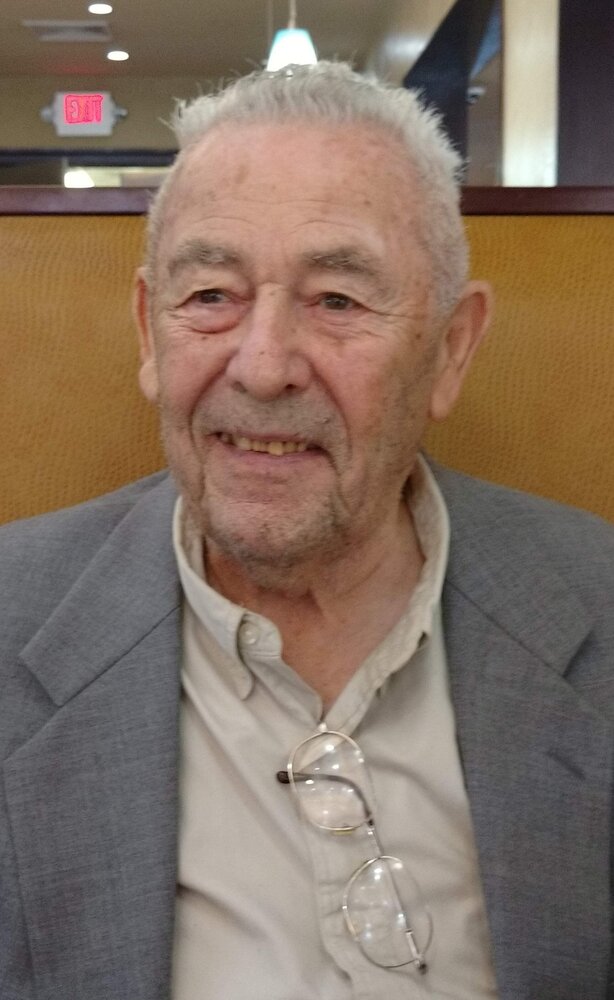 Please share a memory of Nicholas to include in a keepsake book for family and friends.
View Tribute Book
Nicholas M. Ruggiero peacefully entered into eternal rest on December 18, 2022. He was the beloved husband of the late Carole Ruggiero. Loving father of Scott(Eileen) and Vicki(Claude) Szajna and cherished grandfather of Michael(Danielle), Matthew(Jemma), Wesley, and Cole. Adored great grandfather of Everest. Beloved brother of the late Lena, Patricia, Annie, Phil, and Dominick. At the age of 99 years he had survived all of his siblings. Nicholas was a proud World War II veteran. He had a long career as a film editor working with such prestigious companies as ABC and 20th Century Fox. Nicholas remained active into his 90s in his second career in code enforcement as well as continuing his community involvement with American Legion, AMVETS, and the ELKs. He was known by both his family and friends as a hardworking and civic minded person with a zest for life. When he would take a break, he was known to enjoy his pipe tobacco and a scotch but, most of all, he enjoyed spending time with his family. Nicholas touched the lives of many family and friends over his almost century of life. He was loved by many, and will be deeply missed.
Wednesday
21
December

Share Your Memory of
Nicholas
Upload Your Memory View All Memories
Be the first to upload a memory!
Share A Memory
Plant a Tree