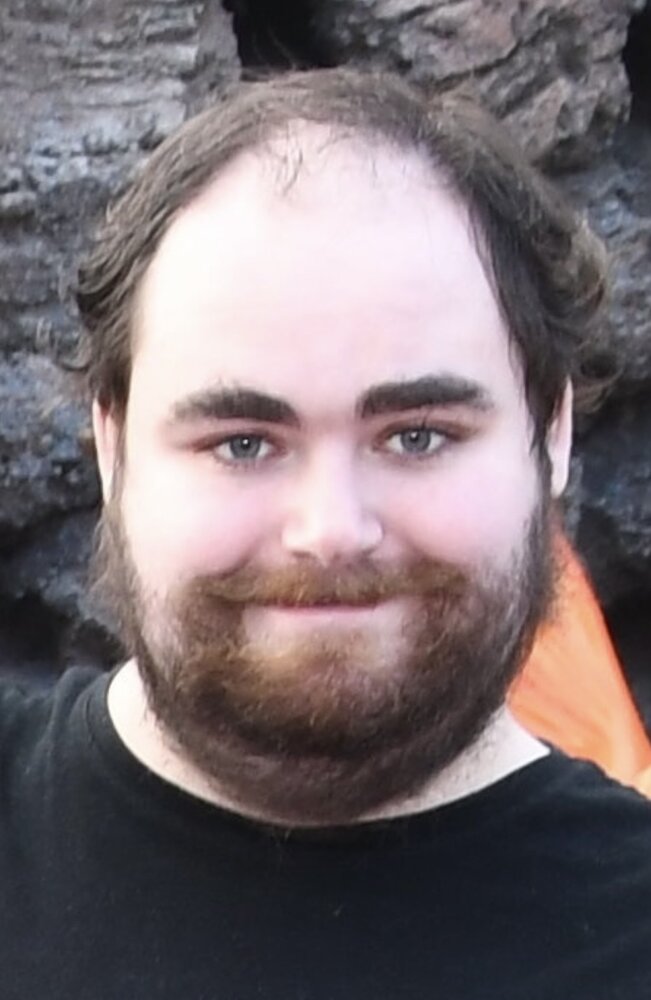 Please share a memory of Christopher to include in a keepsake book for family and friends.
View Tribute Book
Christopher Michael Francis McNamara, born December 8th 1993, passed peacefully with his family at his side around 3:10 AM Tuesday, April 26th 2022. Christopher was a sweet, gentle, easy-going guy with a wicked dry sense of humor. Chris was sick from before he was born, having Heterotaxy syndrome, a two-chamber heart, and no spleen. He fought every day of his joyous life and was the bravest person any of us knew. Countless surgeries, hospital stays, and needle pokes irritated but never phased him. He was a fantastic patient who not only appreciated every nurse, doctor, and assistant who helped him, but also advocated for himself. Knowing that his parents were his medical proxies, he told anyone who tried to separate them that he needed one of them with him at all times. He also told a phlebotomist he was a “one shot guy”- meaning they had one chance to get his vein. Chris was a graduate of Jerusalem Avenue BOCES Elementary School, attended Berner Middle School, and graduated alongside his sister from Massapequa High School with a Presidential Award for Academic Achievement. He loved to learn and his favorite subject was science, specifically biology, the natural sciences, and astronomy. He also loved mythology and to be read to. His favorite author was Rick Riordan whose books he listened to time and time again, and he was patiently waiting for a series based on Celtic mythology. Locally, Chris could often be found at the library browsing to his heart’s content. With his family he went on many trips to Tackapausha museum and preserve. Every year he would make it at least once to the American Museum of Natural History and he visited the Bronx Zoo many times. But his favorite place of all was Walt Disney World; and his family was lucky enough to take him twice in 2021. His last birthday he woke up in “the happiest place on earth.” Every birthday and holiday since March 2020, Chris commented on how he wished we could be with our extended family. His last Thanksgiving he said he was grateful for three things: his family, his home, and his health. He leaves behind his dedicated parents, Kathleen and Michael, his three supportive siblings, Matthew, Meghan, and Jessica, and his dear aunt Frannie. As Christopher said: “we will always have our memories.” His family would like to thank every single educational and medical personnel who worked with and helped Christopher over the years
Monday
2
May

In lieu of flowers donations would be appreciated to:

Share Your Memory of
Christopher
Upload Your Memory View All Memories
Be the first to upload a memory!
Share A Memory
Plant a Tree