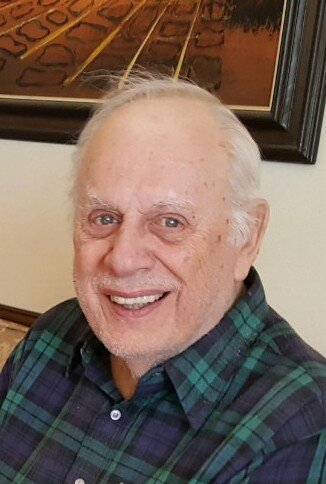 Please share a memory of Thomas to include in a keepsake book for family and friends.
View Tribute Book
Thomas John Veltri (Tom), 91, of Bristal of Massapequa passed away on April 4, 2022 after a brief illness. Tom was born on February 18, 1931 to Alphonse and Frances Veltri in Brooklyn, New York. Tom worked at Republic Aviation and Grumman Aerospace as an engineer after earning a degree at C.W. Post University. He worked on the Lunar Excursion Module (LEM) which was instrumental in Apollo 11's moonwalk and the safe return of the Apollo 13 crew. In 1953, he married Dolores Reilly, his wife of 69 years. They had 2 children Thomas and James. Tom's hobbies included fishing, oil painting, remote control airplanes, and building electronics. Tom is survived by his wife Dolores of Bristal of Massapequa, his sons Thomas (Janet)of Greensboro, N.C. and James of Massapequa, N.Y.; granddaughter Nicole Freiler (Justin) of Conshohocken, P.A. and great grandchildren Joshua Thomas (6) and Maya Anderson (4). He was loved by all and will be deeply missed.
Thursday
7
April

Share Your Memory of
Thomas
Upload Your Memory View All Memories
Be the first to upload a memory!
Share A Memory
Plant a Tree