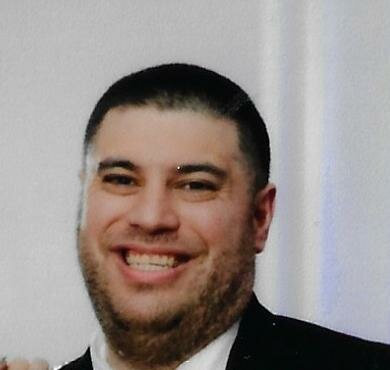 Please share a memory of Andrew to include in a keepsake book for family and friends.
View Tribute Book
Andrew (Dman) Christopher Orazio DeMarco, 37, of Massapequa, New York, passed away on November 25th, 2021. Andrew was born in Massapequa, New York to Pamela and Andrew on April 23rd, 1984. He went to Plainedge High School where he played basketball, baseball and was captain of the volleyball team. He graduated in 2002. He went on to obtain two Bachelor degrees from Hofstra University where he also hosted their sports radio show. He also worked for the New York Yankees and received a World Series ring when they won in 2009. He loved being with his family, friends, going to concerts and sports. He had a passion for the NY Jets (for better or worse), Atlanta Braves and WWE. He loved music and was a huge fan of Billy Joel (he even hosted a Billy Joel radio show), Foo Fighters and 90’s alternative. Andrew is survived by his wife, Keri; parents, Pamela and Andrew; sisters, Lisa Contreras (Esteban) and Courtney Smith (Howard). He is also leaving behind many loving aunts, uncles, cousins, friends and his beloved cat, Meow. He is preceded in death by his maternal and paternal grandparents. Andrew was truly a one of a kind. He will be fondly remembered for his amazing sense of humor, outgoing and larger than life personality and his big heart.
Tuesday
30
November

Share Your Memory of
Andrew
Upload Your Memory View All Memories
Be the first to upload a memory!
Share A Memory
Plant a Tree