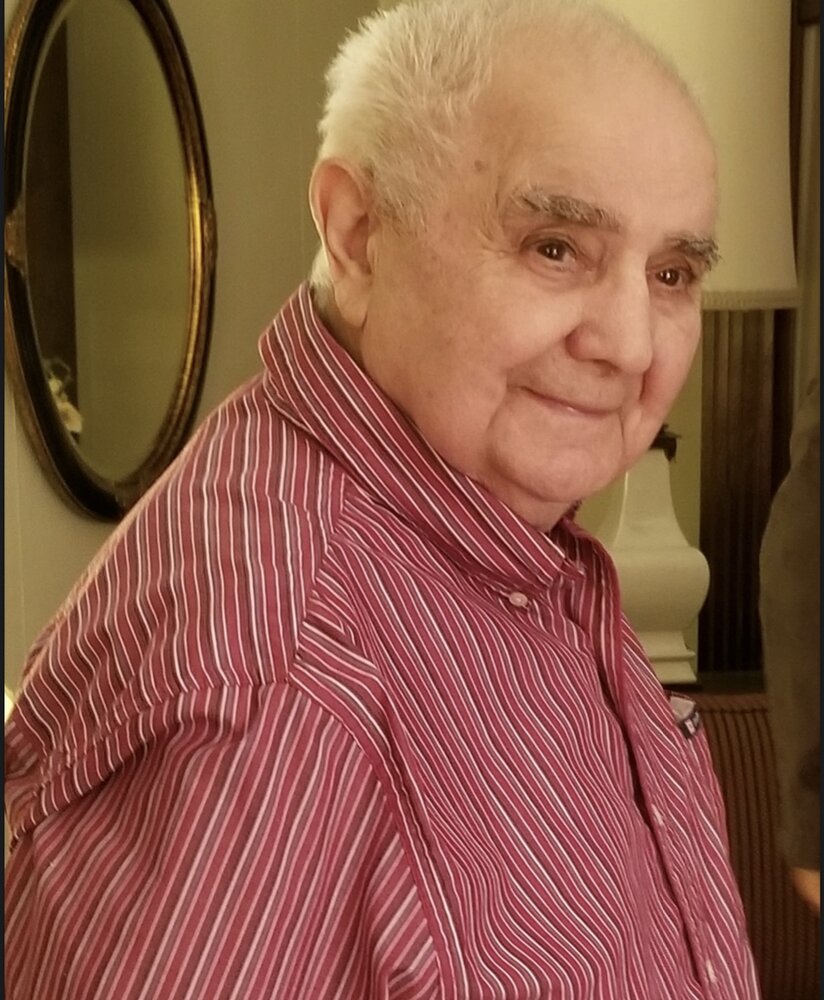 Please share a memory of Michael to include in a keepsake book for family and friends.
View Tribute Book
Michael Kurkjian, of Massapequa, New York, passed away on Thursday, September 30, 2021. He was born in New York City, NY on November 12, 1926, to Shooshan and Edward Kurkjian. He joined the U.S. Merchant Marine in 1944 and was a veteran of WW II. After the war he married Lorraine Carcel and after initially settling in the Bronx, NY the couple moved in 1953 to their new family home in Massapequa, LI. Michael worked for many years as a skilled machinist for the Sperry Gyroscope Co before founding his own precision tool and die company in 1968. He successfully ran the business that he loved, with great skill and passion, until he retired in 2001. As a young man Michael briefly tried his hand at boxing where he won a medal in the Gold Gloves competition. He was an avid bowler and occasional sports fisherman,even landing the top catch in a 1951 ocean fishing tournament. He saved his greatest sports enthusiasm however for the New York Mets around whose schedule he often planned his summer evenings. Michael enjoyed travelling and as an old seaman he especially loved cruising with family and friends. His early retirement years also included time spent visiting children, grandchildren, and great grandchildren. He and Lorraine lived in their original family home in Massapequa for 68 years until relocating to Assisted Living in 2021. In addition to his parents, Michael was preceded in death by his brother Harry. Michael is survived by his wife of 72 years, Lorraine Kurkjian, and children Michele and her husband Michael Castillo, Norine and her husband Charles Fichter, Michael and his wife Nancy Kurkjian, seven grandchildren and seven great grandchildren. In lieu of flowers, we suggest a donation in memory of Michael Kurkjian to the Armenian General Benevolent Union (AGBU) Scholarship Fund, 55 East 59 th Street, New York, NY 10022. Donations may be made online at: https://donate.agbu.org/tribute-donation
Saturday
12
February

Share Your Memory of
Michael
Upload Your Memory View All Memories
Be the first to upload a memory!
Share A Memory
Plant a Tree