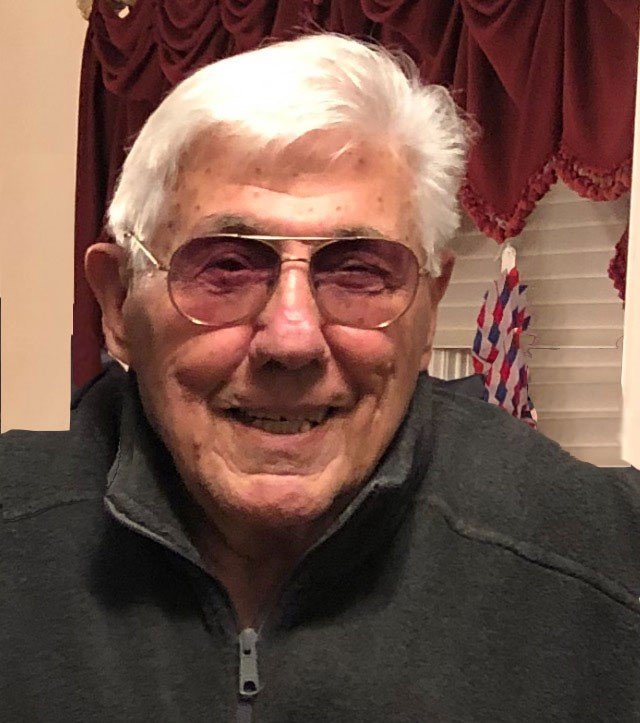 Please share a memory of Joseph to include in a keepsake book for family and friends.
View Tribute Book
Joseph Michael ‘Sonny’ Casalino III passed on Tuesday, December 15, 2020 at the wonderful age of 90, surrounded by his family. Loving husband to Antonia and beloved father to Joseph (& Liza) and Anthony (& Sue) and grandchildren Francesca, Gabrielle and Christopher. Loving Uncle adored by many Nieces and Nephews. Sonny was born in Greenport/Williamsburg Brooklyn on August 17, 1930 to Joseph and Josephine Casalino and was the younger sibling to Judith. He was a proud member of the Our Lady of Mount Carmel Church on Havemeyer Street, home of the Giglio feast in honor of San Paolino of Nola, Italy. This is the town from which both his mother’s family (Franzese) and father’s family (Casalino) migrated from in the late 1890’s. He moved to Ozone Park, Queens when he was 16 years old and completed his high school education at Woodrow Wilson High School. His first job was working for his family owned 101 Bar located at 101st Ave and 101st Street. At the age of 20, he was drafted into the US Army and served almost 2 full years as a mechanic in the Korean War repairing various tanks and vehicles for soldiers fighting on the front line. He was honorably discharged in November 1953. After spending one full month on a military transport ship that traveled from Korea, through the Panama Cannel, he returned home to the port of New York. While being the Best Man (for the 17th time in his life) for his friend Joseph Iadevaia, he met the love of his life Antonia Porreca who was the maid of honor for her sister Rose. They married in September 1957 at St Kilian’s Church in Farmingdale. Sonny and Anne enjoyed 63 years of a wonderful marriage, first living in Ozone Park Queens before moving to a custom-built home in Farmingdale Long Island. Sonny had incredible passion for so many things in his life. From spending limitless time with his family, to his job as an Operating Engineer for Local 138, to lifting the Giglio statue both in Brooklyn and Nola, Italy, to playing softball with his sons and nephews on Ferran Construction softball team, to serving his country as a proud member of the US Army, to being a member of the Sons of Italy, Columbus Lodge No 2143, to playing pinnacle every Friday night with the “Pinnacle 6”. Sonny lived his life to the fullest and had not one regret. He met his last and final goal of being the first Casalino to reach the age of 90 and no matter how he felt and when asked, his response was always “faaaan-tastic!”. So many are going to miss you Sonny, until we meet again.
Friday
18
December

Share Your Memory of
Joseph
Upload Your Memory View All Memories
Be the first to upload a memory!
Share A Memory
Plant a Tree